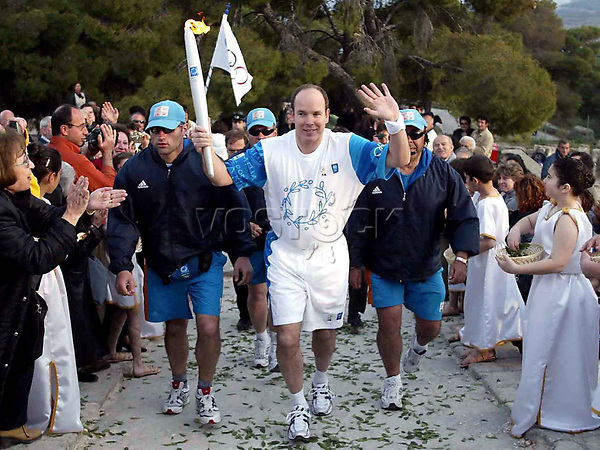 epa00164352 Prince Albert of Monaco runs with the Olympic flame to the Temple of Aphaia on the island of Aegina, near Athens, during the Olympic torch relay Wednesday 31 March 2004. The Olympic flame for the Athens Games was lit at the Panathinaikon marble stadium to await its global journey before coming back to Greece for the August 13-29 Games. EPA/ATHOC